You’ve all heard of the Sunk Cost Fallacy.  It’s a killer in negotiations.  But usually in INTERNAL negotiations – with management, end users, and other stakeholders.

Before we talk about the procurement implications, let me share a story.  There was a cult years ago that said the world would end on a particular day.   They wrapped their mini-religion around that concept.

Most people knew that the world would continue past that magic date, and they figured the cult would completely fall apart once they saw that nothing happened, since that was the central premise for the cult’s existence.

There was a prominent psychologist however that prognosticated that the cult members would not abandon ship, and further, that their commitment and conviction to the cult and it’s leader would INCREASE, not decrease.

It turns out that everyone was wrong and the psychologist was right.  After the magic date came and went, the cult members doubled down and grew even stronger in their convictions about the cult, evidently ignoring the original central premise.

This perplexed all but the psychologist, who went on to explain the Sunk Cost Fallacy: past time or money spent on a particular endeavor then biases our interpretation of what should be done next, in favor of that endeavor.

And we do it in our personal lives too – for instance, you’ve surely had a friend date someone who was not good for them by any measurement.  Yet they continue to justify, doubling down on intangibles that nobody else sees.

Why?  Because they’ve spent so much time, even if it was down the wrong road.  It’s the Sunk Cost Fallacy at work.

Why do you think a full 67% of gym members never go to the gym?  It’s because they charge a registration fee of usually a few hundred dollars, and if they quit, then that money spent becomes a bad decision, and they’ll have to pay it again if they want to rejoin.

But the money is ALREADY GONE.  It’s irretrievable.   That’s a terrible reason to keep paying a monthly membership fee, which once paid, is also a sunk cost.

The exception is when procurement is the end user.  Such as with software systems.  I can’t begin to tell you how many companies and government agencies I’ve met who are completely unhappy with their procurement software and regret ever buying it, but continue to double down and invest more.

The California Bullet Train project was supposed to run from LA to San Francisco for $34B construction cost.  That ballooned to over $105B, while the length of the run got reduced to only go to San Jose.  Now they are looking at having it just run a short course in the middle of desolate central California.

Fast forward 14 years:  USD $10.3B has been spent and not a single mile of track has been laid.  The project was on ice but just recently got revived again with a new cash infusion.   The government is doubling down on a sunk cost investment – on a bad decision.  This happens all the time in business.

Any time you do a financial analysis, you need to separate out the costs: fixed, variable, controllable, uncontrollable, opportunity, switching, cost drivers, and SUNK costs.  It needs to be clearly understood that from that list, only the sunk costs are irretrievable.

Similarly, all procurement cost analysis should ignore sunk costs already spent.  The view has to be exclusively looking forward – the rear view mirror needs to be thrown away.  Focus on the facts and data and keep emotions and legacy decisions out of it.

Now go off and do something wonderful.

Sign Up For PSCM Institute Free Membership and Get Our $397 Power Purchasing Pro Training Course For FREE! 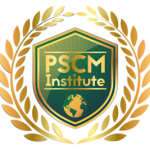 Thank You For Registering For PSCM Free Membership

Please Check Your Email Now To Activate Your Free Membership